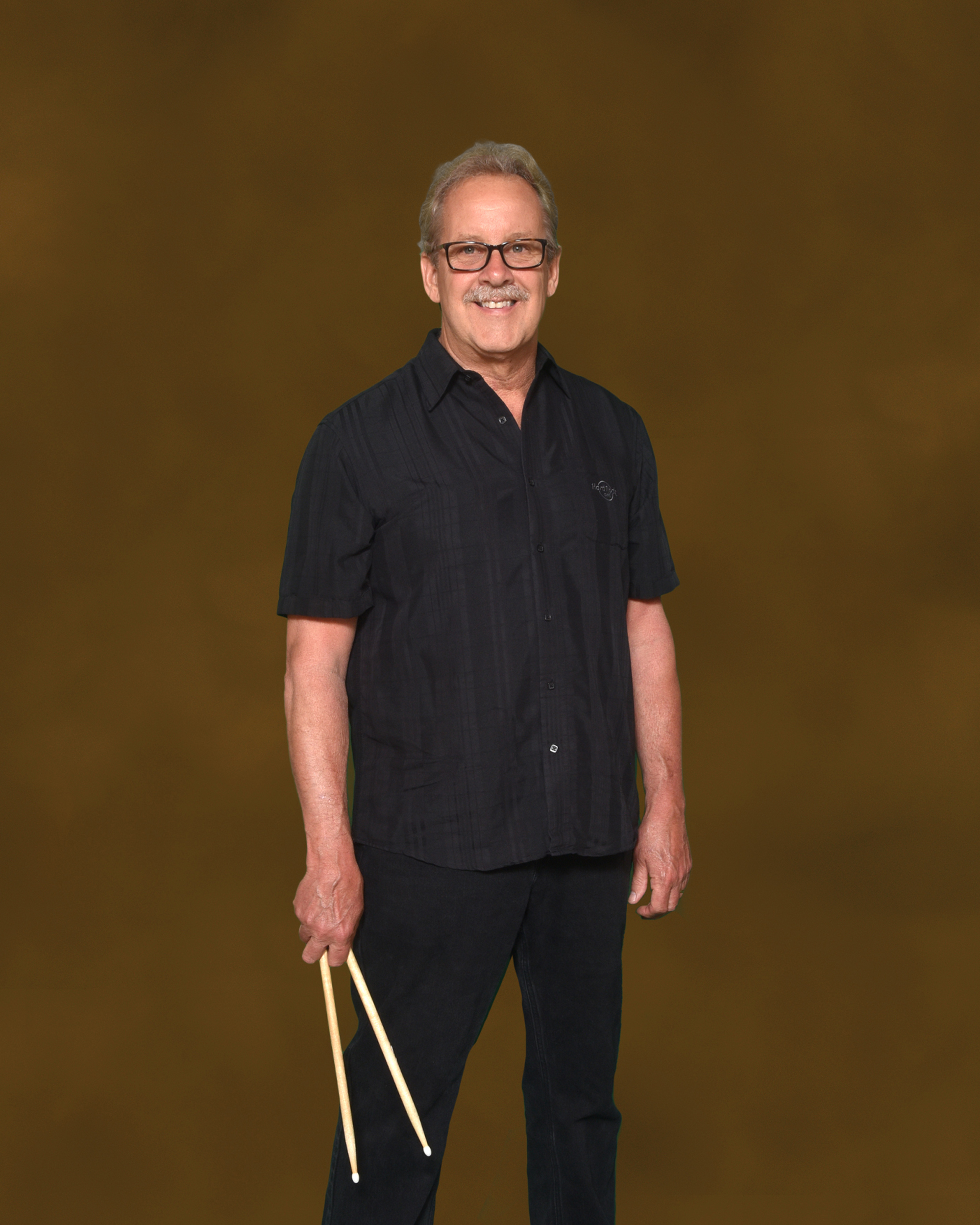 Originally from West Carrollton, OH, Rick started his drumming obsession in the fourth grade. (Yes, he is a Pirate…) Today, he resides in Clayton, Ohio  with his lovely wife Theresa. He enjoys many styles of music (rock, country, pop, etc.), and has performed in several bands over the last 45 years including IN POSITION, MAIN EVENT, ACE COMMODE & THE FOUR FLUSHERS (that one didn’t last long!) and is still active with more Pirates in the band RAINTREE. He has always had a love for the many horn bands that were part of the 60’s – 70’s and 80’s era. After a conversation in August 2017 with an old friend and fellow Pirate (Jim Farley) from the class of 73, their discussion about being on the “bucket list” to perform in a horn band together was about to become a reality, hence the birth of the “Bucket List Players”! He invites you to join the fun and check this band out! Wear some comfortable dance shoes, you’re gonna need them!  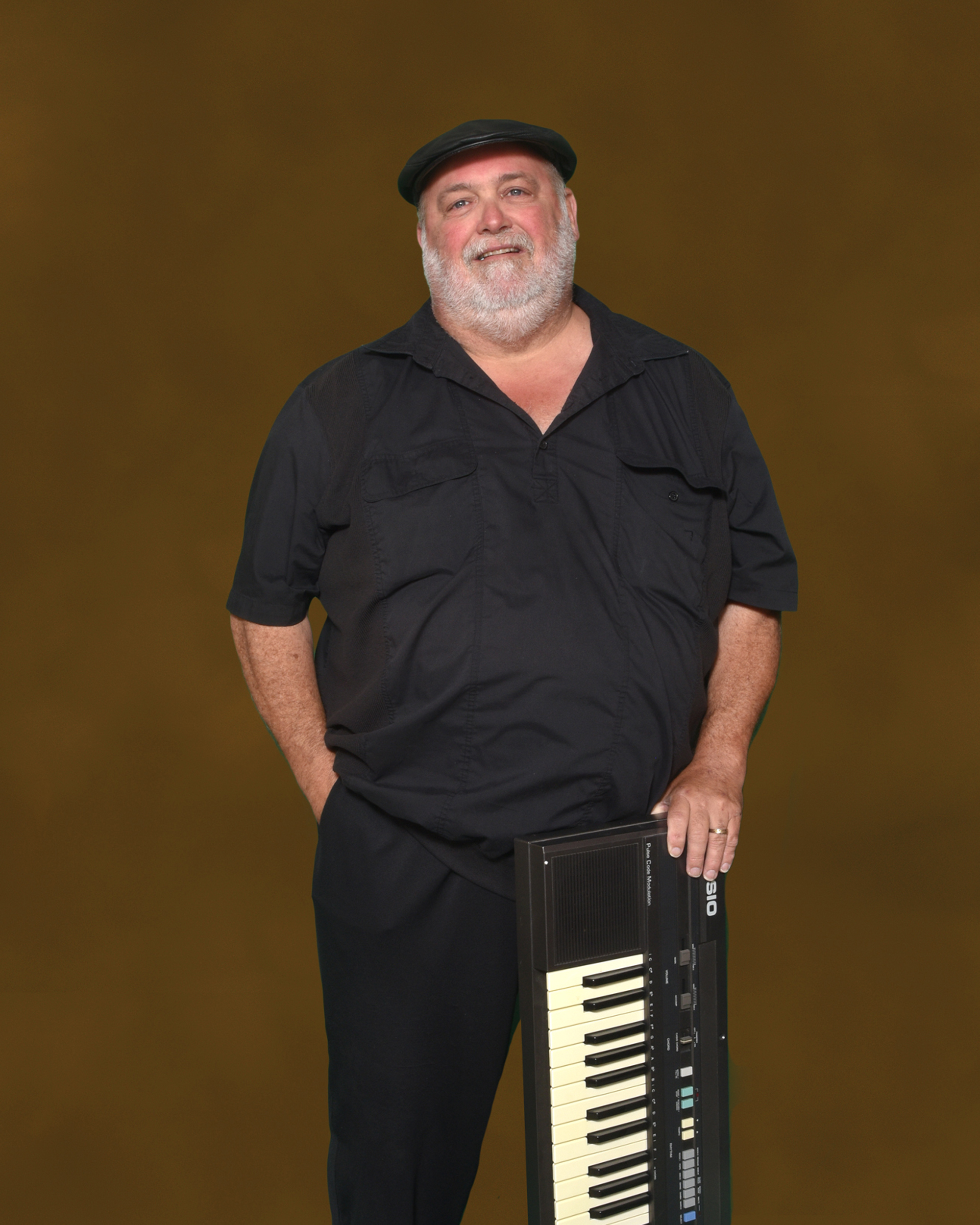 Jim has been singing and playing in bands since he was about 15 years old.
He has been in many bands over the years including traveling on the road with
THE LOWDOWN OUTRAGE BAND, SUMMER SUN, THE BUSSE BROTHERS &THE MAIN EVENT.
Other bands, staying closer to home, have been: BUSSE, FARLEY & CALDWELL, RAINTREE and,
most recently, CADILLAC SAM & THE SYNDICATE. Jim has written hundreds of songs as well as
arranged hundreds more for bands on the road, Las Vegas entertainers and cruise ship performers.
He also composes and arranges for musical theater, college pep bands and high school show choirs. 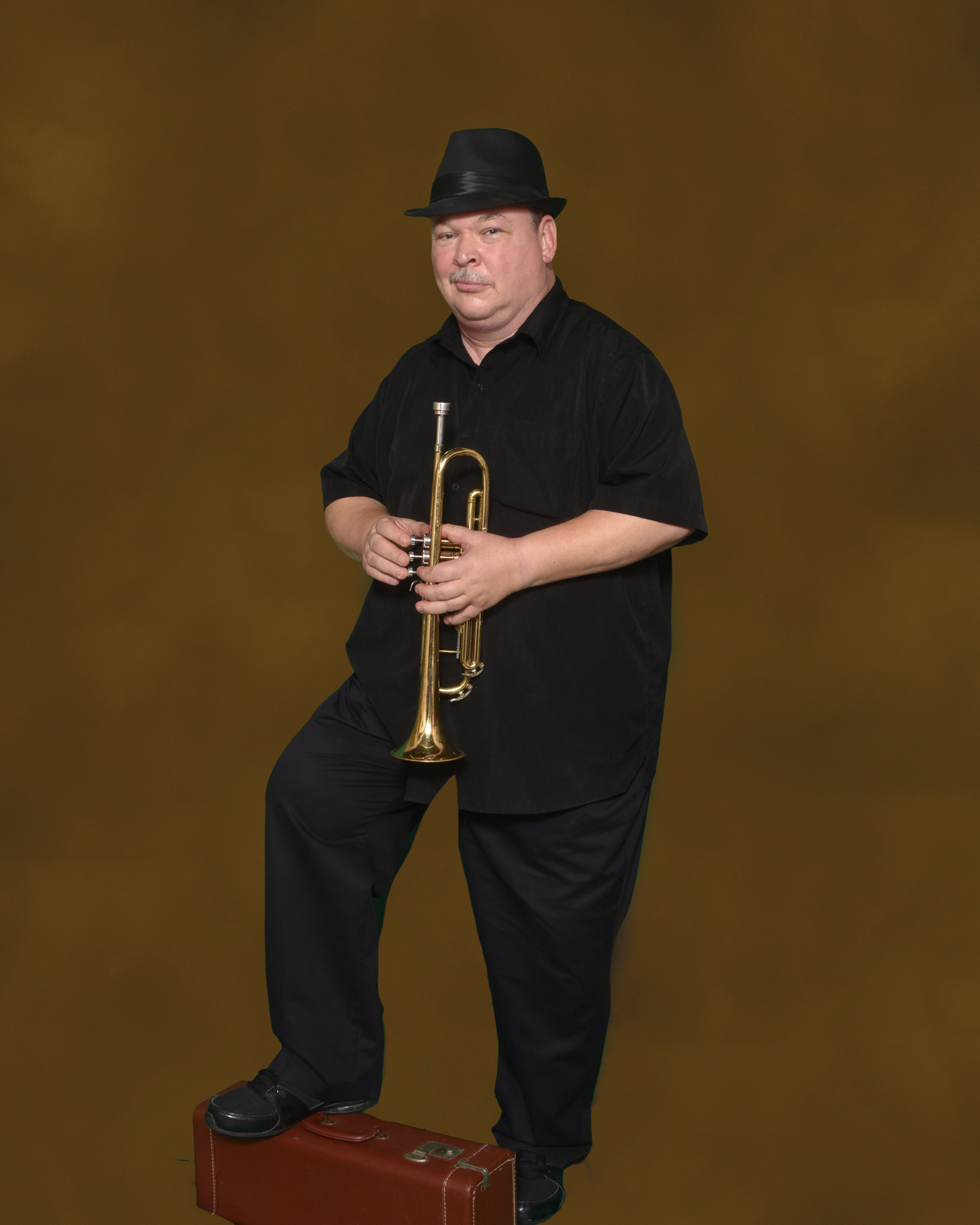 Dave is originally from Columbus Grove, Ohio, and went to Ohio Northern University for Music Education. He is a longtime resident of Troy. He and his wife, Toni, have played in various bands in the area, including Red River Band, 5/13, Funk In The Trunk, Cadillac Sam and the Syndicate, Driving Dead, and currently in Brass Junkies. He enjoys playing trumpet and piano, and is a fan of many various styles of music from gospel to jazz, ragtime, boogie-woogie, heavy metal, funk and rock and roll. “Being in this band allows me to do many of the songs I’ve wanted to do for years!! Great group of guys who are well experienced and good at what they do!” 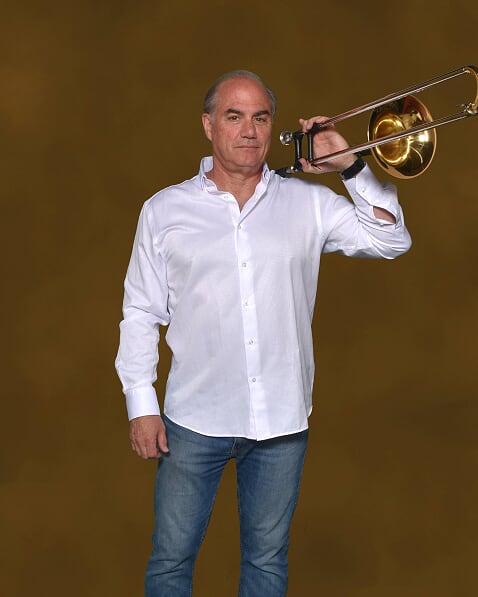 Don is from Cincinnati , Ohio. He started playing trombone at age 13. He played in bands and ensembles at Moeller High School and at the University of Cincinnati. He played in the wedding reception band Time Span and through the years enjoyed playing in the pit for numerous local theatre productions. Currently, in addition to the Bucket List Players, he also  performs with  German bands Verins Musicanten, The Polka Warriors,  and Santas Goody Bag Band. 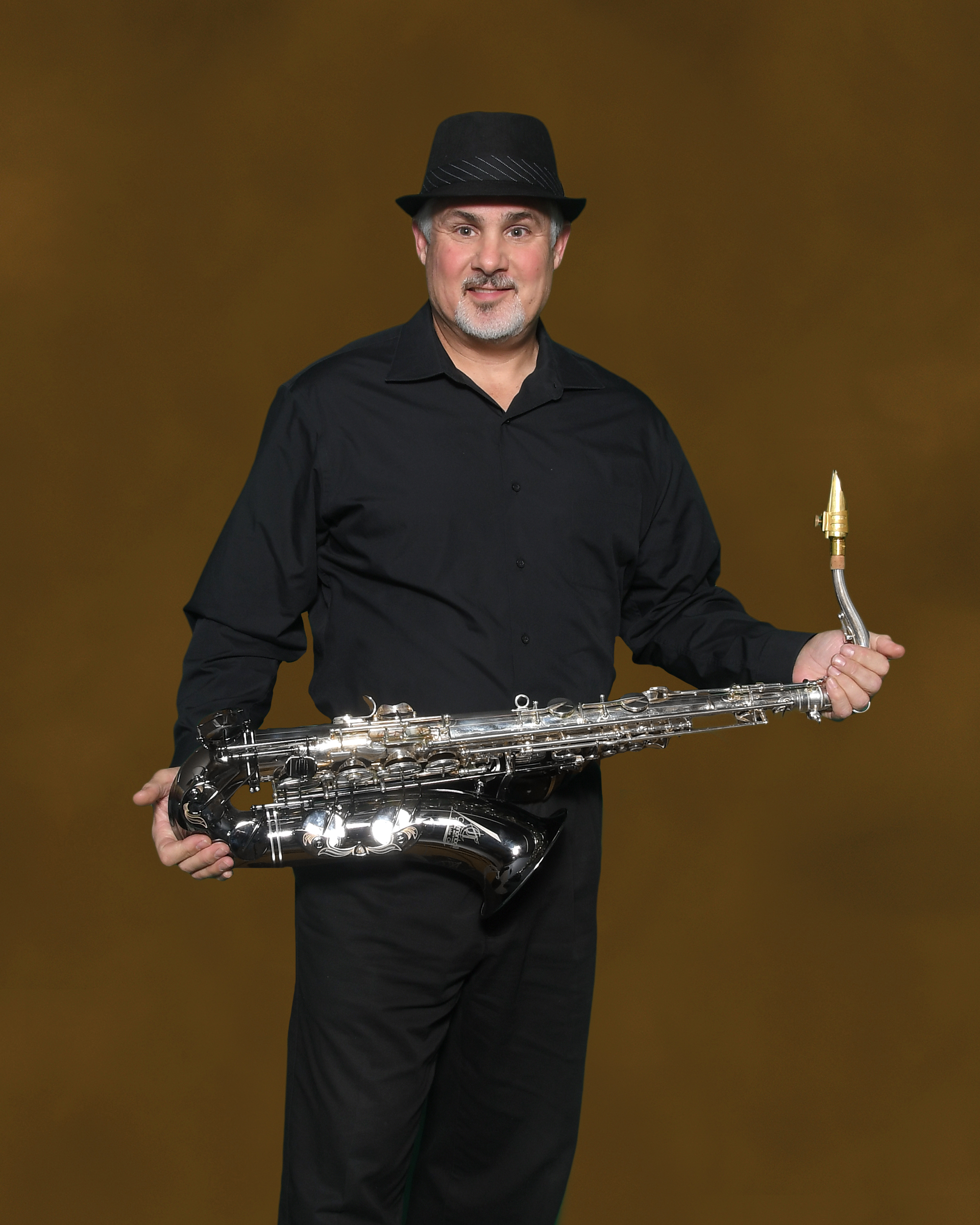 Mike is originally from Louisville Ky and came to Dayton through the Air Force in 2000. He has since made Dayton his home with his beautiful and amazing wife Karen and still serves the Air Force to this day as a civilian. Mike has been playing clarinet and saxophone since 12 years old and although he didn’t play much during his active duty days, he has been playing non-stop for nearly 12 years in many local bands to include Random Flashbacks, Generations Big Band, German Sauerkraut Band, Speakeasy Dixieland Band, Jazz Central Big Band, the Reload Band and of course the Bucket List Players Band. Mike enjoys jazz, smooth jazz, and especially the big horn bands of the 70’s, and 80’s. Being a member of the Bucket List Players is an honor, privilege, and a true bucket list opportunity!

Rich is the bassist and a vocalist for Bucket List Players. He first picked up a guitar around age 10 and never looked back. He is also a cellist, an instrument he has been playing since age 13. He enjoys not only rock, R&B, funk, jazz, and the blues, he can also be found listening to many a symphony or concerto.

Rich has played both guitar and bass in many bands through the years. Originally from Indianapolis, he played with local favorite Twin Coast in the 1980s as both guitarist and bassist (think of Mike Rutherford from Genesis). Then, after moving to Dayton in 1987, he explored the local music scene and became a member of many bands through the years.

Some groups where Rich performed as a bassist included Midlife Crisis and Smarty Pantz (both in Springfield), The Fries Band, Dead Flowers, Dayton Undercover. He also performed as guitarist and vocalist for 16 years in the long-running police and fire project, Knight Blaze. Now, Rich can be seen not only with Bucket List Players but also as a member of Counting Skeletons.

Rich and his wife now live in Clermont County, outside Cincinnati, but you’ll find him playing music all over southwest Ohio. He enjoys the opportunity to support Bucket List Players and looks forward to every show!